As the dust settles after a nuclear apocalypse, Rowenna and her children Siôn and Dwynwen are facing a world where signs of life are quickly disappearing.

Their story is recorded in a little blue book as the family tries to survive an incident that has a devastating effect on the inhabitants of the village of Nebo and beyond.

Llyfr Glas Nebo is an unflinching story about life, death and hope. You will laugh. You will cry. But above all, you will question how we live, love and care about the world around us.

The 2018 best-seller has made a spectacular impression since its publication. A week after winning the Prose Medal in the 2018 Cardiff National Eisteddfod, a reprint was being prepared, and in 2019 it swept the boards at the Wales Book of the Year awards.

“It sets itself apart from the others and stays there until the very end. This creates excitement and sends shivers down the spine.” Sonia Edwards, Prose Medal judge, Cardiff National Eisteddfod 2018

"A small book that's already made a huge impact. The story of this little family is humorous and intense - simple but breathtaking and painfully powerful at times." Dylan Ebenezer, Wales Book of the Year 2019 judge. 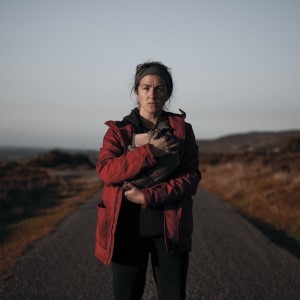